Java Developer
A wannabe game developer who loves everything related to Germany and Resident Evil. Mainly focuses on Java with decent experience with other programming languages

So let’s start off with a question - what is Maven’s dependency mechanism?

Dependency management is a core feature of Maven. Managing dependencies for a single project is easy. Maven helps a great deal in defining, creating, and maintaining reproducible builds with well-defined classpaths and library versions.

In other words, dependency management simply maintains reproducible builds and that includes resolving version conflicts which we are about to explore in this article.

2. Dealing with Multiple Versions from the Dependencies

Majority of our projects do have this kind of complicated relationship between our dependencies and in order for Maven to maintain the correct dependency versions, it uses a method called Transitive Dependency wherein it applies basic transitivity (if dependency A => B, and B => C then A => C).

In the following section, we will explore Maven’s approaches and features that helps resolve those transitive dependencies.

Maven has this approach that determines what version of an artifact will be selected when multiple versions are encountered as dependencies.
The diagram below is an example of a dependency having a conflict in version. 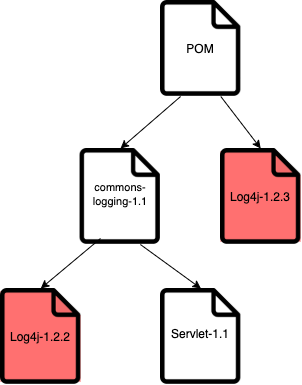 Suppose our dependencies with conflict are located in different levels of the project. 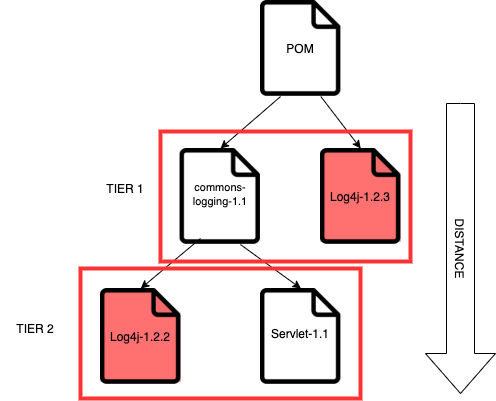 Maven switches to another strategy as soon as it encounters a concrete version number(version number with square brackets[inclusive] / parenthesis[exclusive]) in one of the dependencies that are in conflict. 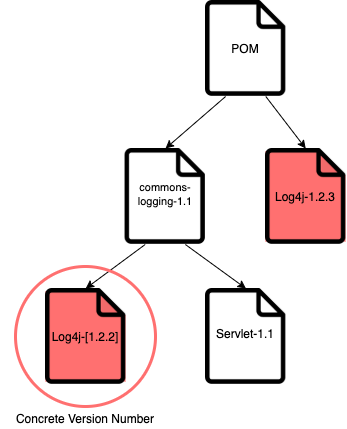 But if the dependency with a concrete version is not available from the repository, it will propagate an error and fail.

Another scenario wherein Maven uses the same strategy is when the concrete version is in a range such as this: [1.2.2,1.2.5], how does Maven resolve this conflict? 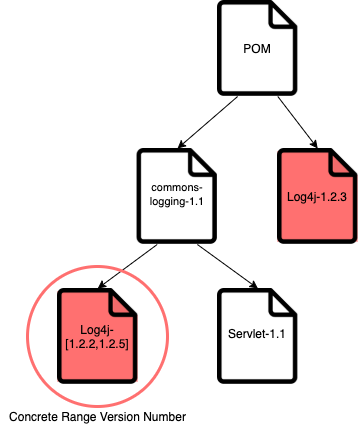 Maven allows the author of the project to inject the dependency versions of artifacts to be used when they are encountered in transitive dependencies. And it also automatically resolves those dependencies that have no version by looking for other versions in the dependency tree. 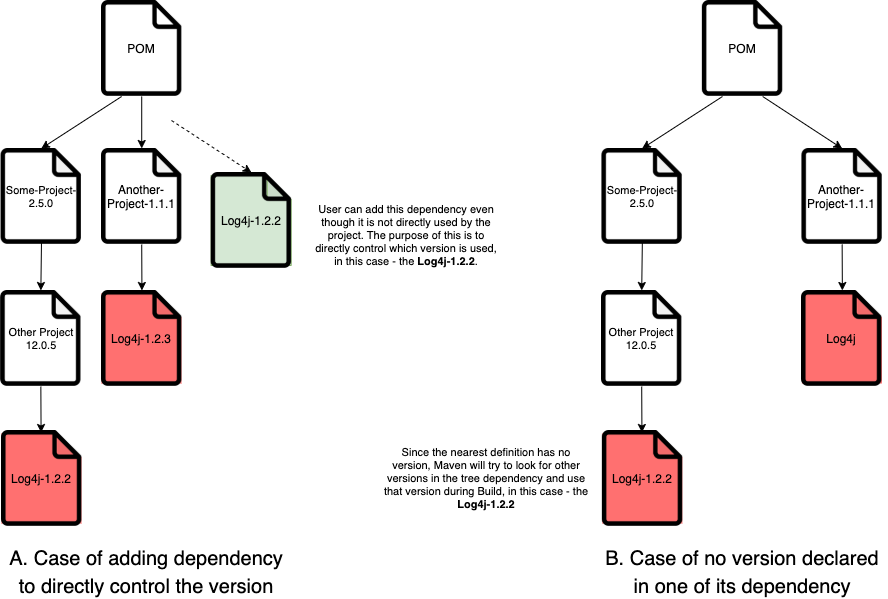 Maven lets the developers to manually limit the transitivity of a dependency and to determine when a dependency is included in a classpath. Currently, there are 5 scopes available in Maven:

The default scope if none is specified. Dependencies with this scope are available in all classpath of a project.

Expect the hosting environment such as an application server (examples are Tomcat and Websphere Application Server) to provide the dependencies at runtime.

Includes a dependency with this scope in the runtime and test classpath, but not the compile classpath.

Indicates that the dependency is not required for normal use of the application, and is only available for the test compilation and execution phases. This scope is not transitive. 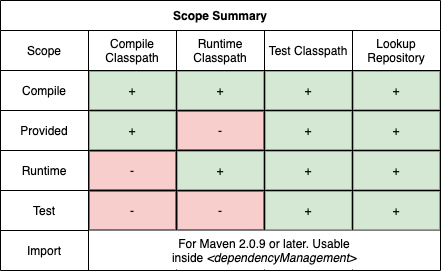 Another feature that Maven is capable of is granting the author of the project to explicitly exclude specific dependencies using the tag <exclusion>. 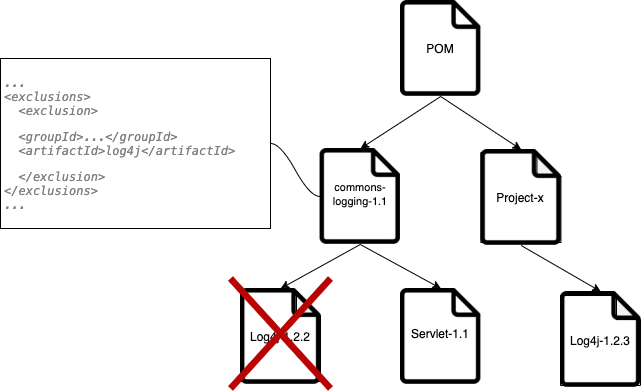 Consider the diagram below: 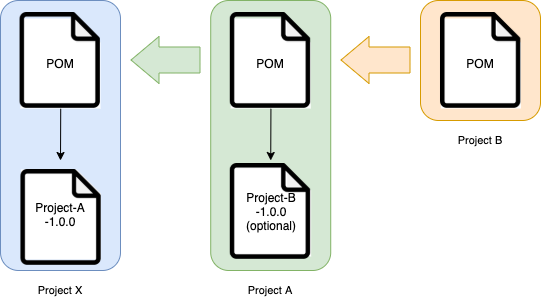 For other topics related to Maven, you can read their documentation in here.